Brian Zahnd – Christians in the Age of Trump (N188)

Brian Zahnd is back on the show. This time we’re chatting with him about the themes raised in his book Postcards From Babylon. In it he takes aim at the toxic relationship between Church and Empire, and the religion that has emerged from it, which he calls Americanism. This religion has its own liturgies, gods and sacrificial systems, nearly all of which stands in direct opposition to how the early church understood what it meant to follow Jesus. 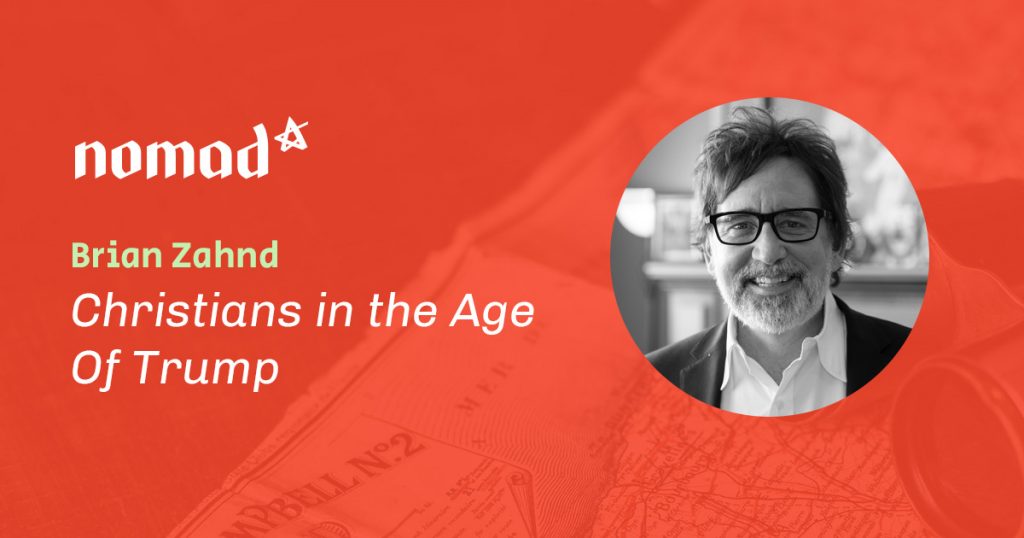 Postcards from Babylon: The Church In American Exile

“There’s a difference between empires and nations. God loves nations – with their diversity and their cultures and their languages and all of that – but God is opposed to empire. Because the very thing that empires claim for themselves – divine right to rule other nations, manifest destiny to shape history according to their agenda – is the very promise that God has made to His Son. So, empires always – without exception – posit themselves to be a challenge and rival to the sovereignty of God.”

“I find it hopeful that I’m meeting a new generation of energetic believers who are content to do something small for Jesus. I grew up in the era of youth rallies. You know, ‘Go out there and do something big for God.’ How about, ‘Go do something little for God.’ There’s all that ‘change the world’ rhetoric. If we say that our primary task is to ‘change the world for Christ,’ then I think ultimately we find the temptation to reach for the means of coercion overwhelming.”