Janet Williams joins us to discuss apophatic theology and spirituality. I know, it doesn’t sound like the most riveting topic. But trust me, it’s essential listening for anyone who’s been through some kind of deconstruction, faith evolution or dark night of the soul, anyone who’s interested in mysticism, or who’s gown tired and disillusioned with the Church’s obsession with trying to tightly define God.

It’s a conversation I’m going to be pondering for a long time. 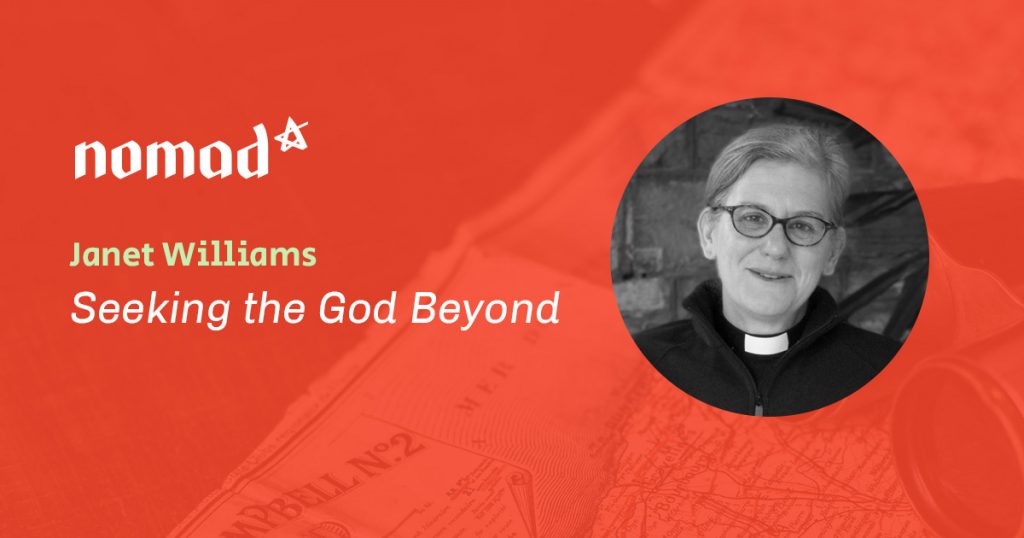 Seeking the God Beyond: A Beginner’s Guide to Christian Apophatic Spirituality

“We’re not saying that there is no truth in ideas about God that we might have to go beyond. Of course there’s truth in them – but it’s partial. And we need to be really careful about getting stuck on partial truth, because God is dynamic. Augustine calls Him, ‘Ever ancient, ever new,’ and we can lose that sense of newness.”

“Almost certainly, the shoes that Moses was wearing were the skins of some other animal. And so my understanding of, ‘take off your shoes because you’re standing on holy ground,’ is you have to stand before God in your own skin – not covered in somebody else’s. And an awful lot of those certainties about God…they’re like somebody else’s skin, aren’t they?”