Professor Tom Wright has got another book out! If you found the 1800 page tome that was Paul and the Faithfulness of God a little intimidating, then perhaps try his mere 500 page Paul: A Biography. Or failing that, how about a 50 minute Nomad interview to bring you up to speed with Tom’s new insights on the apostle Paul. And fascinating insights they are too. Did you know, for example, that Paul struggled with doubts and with his mental health? No, we didn’t either. So tune in for this, and so much more… 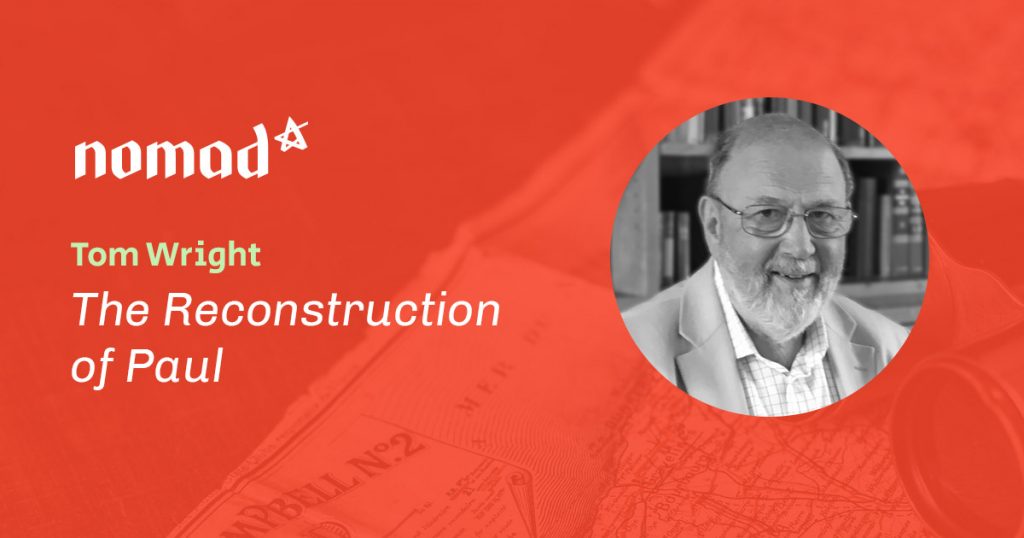 Paul and the Faithfulness of God

“I think the main deconstruction comes through the cross. That nobody had seen – as far as we know – nobody had seen it coming; that when God would come in person to deliver his people, he would come in the form of a crucified messiah. And that is just utterly shocking. And unless we feel the shock again and again, we’re not really listening to Paul’s tone of voice, nevermind the actual words he’s saying.”

“There is no other example in the ancient world anywhere of a community that is trans-ethnic, trans-geographical, which embraces both genders, which embraces all social classes – rich, poor, slave, free, etcetera. The closest that you get of a trans-national community like this would be the Jewish synagogue community. But that’s trans-geographical but very specifically one ethnos – one ethnic group. And the closest example otherwise than that would be something like the Roman army or the civil service, where if you’re a Roman soldier of a certain rank in Antioch, you’re a mate of your equivalent in Spain or France or somewhere else. But, of course, they are all Caesar-worshipers and they’re all men and they are all basically Romans – even if they’re not Romans by birth. So, what the Christians are doing is an experiment in a different sort of family with different family loyalties and ties – and not least economic ties – of a sort that the world had never seen before. And I don’t think we can emphasize this enough.”