Dave Randall has played guitar for some huge acts, including Faithless, Dido and Sinead O’Connor. As he’s reflected on his career and the industry he’s been a part of, he has begun to see the huge potential of music to change society. This prompted him to write the excellent book Sound System: The Political Power of Music. So if you’re interested in pondering how the songs we sing might help us not just love God, but also love our neighbour, then tune in!

This episode ends with Ibrahim Qashoush performing the protest song “Yalla Erhal Ya Bashar”, or “Come on, Bashar, leave”, during the 2011 Syrian up-rising. Qashoush’s song is mocking president Bashar al-Assad. Qashoush was later found dead in the Orontes River, his throat cut and his vocal cords pulled out. You can watch the video of the performance with subtitled lyrics on YouTube. 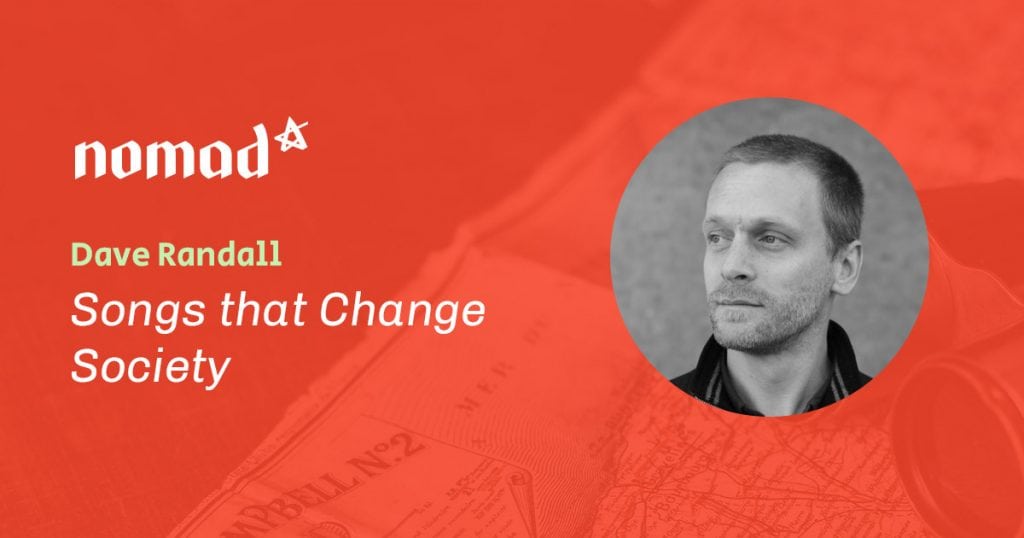 “I think there are many examples of music both reflecting, but then giving strength back to social movements, and I think it’s the social movements that achieve great change. But musicians have helped reflect that, and often given confidence back to the movement, on many occasions.”

“If we confine our political activity to organizing demos and strikes, we are missing a trick – a trick which members of the establishment have never missed. (You know) Members of the establishment throughout history and across cultures have always recognized the political power of music. We need to do the same. We need to integrate it into our campaigns – we need to integrate it into out movements – we need to use it as a force for good.”