Here’s the final part of our four-part Advent Devotional series. This time philosopher and theologian Elaine Storkey reflects on Advent in the context of those on the margins. Former Archbishop of Canterbury Rowan Williams finishes the Advent readings, and David Benjamin Blower closes things out with his unique style of music and songs. 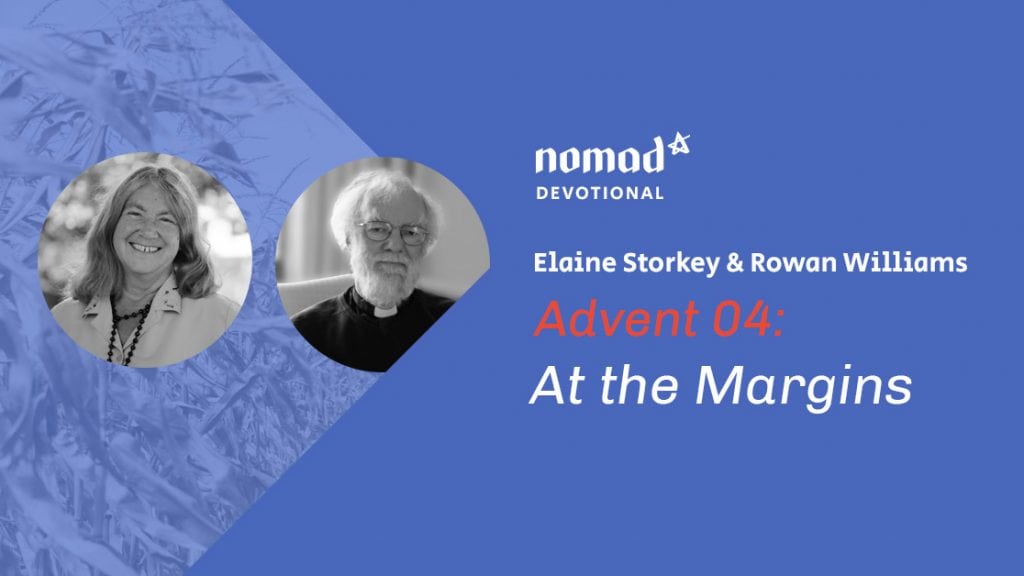 Images provided by SPCK and Magdalene College. Used with permission.

“People on the margins don’t usually cut much ice, which is why it’s fascinating that the Nativity story focuses on these people rather than those in the centre. Sure, King Herod makes an appearance, but doesn’t get a very good press. The Roman governor gets a mention too: he’s clearly on the make because he wants to raise taxes and so takes a census, but he gets a one liner. Mary and Joseph and the coming baby is what the story’s all about: really marginalised people.”

“The margins are never margins for God. The Nativity helps us to see how God’s values challenge everyone, especially those of us who might feel we’re somewhere near the centre. God invites us to step back and see a much bigger picture, and see the world as he loves it.”