Well, this is it, Dave Ward’s final episode. After six years of podcasting, he’s decided to go on to other things (probably something to do with horses…).

In his final episode, we’re chatting with Nick Spencer, the Director of Research at Theos Think Tank, and author of The Evolution of the West: How Christianity Has Shaped Our Values. And we’re asking him, what difference has Christianity really made to society, and what indications are there that it has a hopeful future? 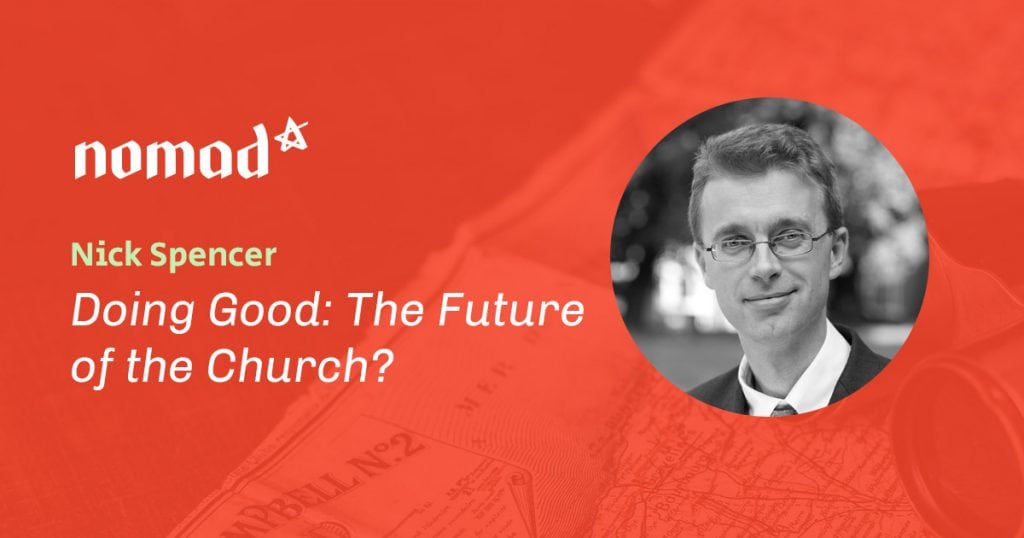 The Evolution of the West: How Christianity Has Shaped Our Values

Doing Good: A Future for Christianity in the 21st Century

“…It’s the idea that that which is of utmost value, that which is truly sacred, becomes human, blesses and incorporates a broken, fallen humanity into himself and leaves those who chose to gather ‘round him with the command ‘go and do likewise’. Which is a kind of slightly highfalutin way of saying, Christianity says that when you are in contact with other persons, you are in fact in contact in some tangential way with God.”