A recent report into human trafficking revealed that the problem is significantly worse than previously thought. In fact, it is believed that in the UK alone, every large town and city will have trafficked people in it who are effectively enslaved, and many of us are unwittingly coming into contact with trafficked people every day. So we speak with three people – Ruth Dearnley, Julia Pugh and Hannah Flint – committed to finding signs of hope in this seemingly bleak situation. 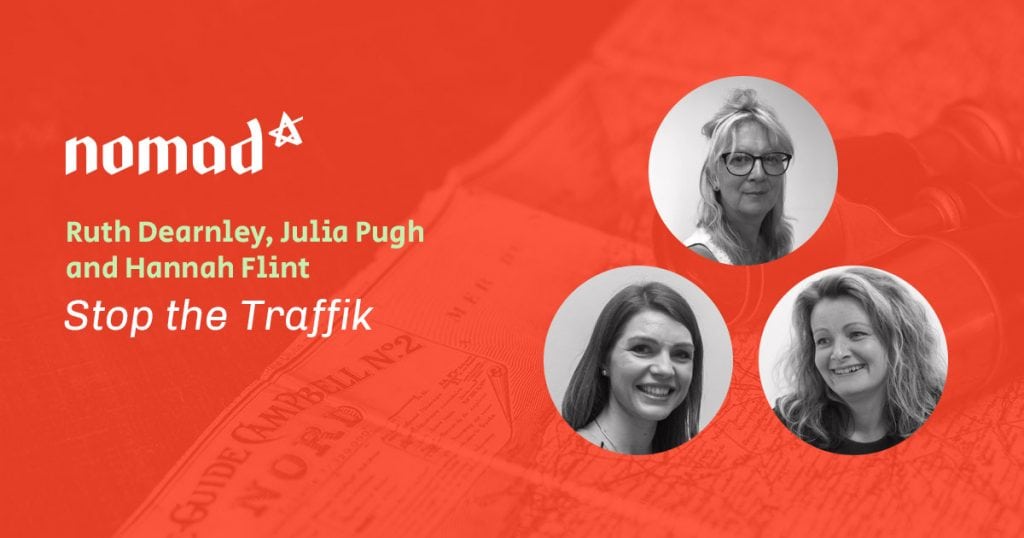 Stop the Traffik: People shouldn’t be bought and sold: The Crime That Shames Us All

“I utterly think that we need to have sight to see a Kingdom that’s greater than what we just look at around us. But I’m also aware of sounding like we are on a planet that is disconnected from our culture. We need to be utterly incarnate, if you want to use that word. We’ve got to be present. We’ve got to get our hands dirty. We have to feel the soil on our feet. The dirt in our hands.”