We have a humanitarian disaster unfolding on our doorstep. Many of us feel frustrated at our government’s half-hearted response, yet we feel overwhelmed and powerless to do anything ourselves.

In this episode we hear the story of Adel Hamad, a Syrian refugee who made the trip to the UK. We then hear from Naomi Jemmett, who works with refugee children who have made similar journeys. And finally we hear from musician and activist, David Benjamin Blower. David has written an album – Welcome the Stranger – that tells the heartbreaking stories of refugees and lifts the veil on the forces that lie behind the crisis. 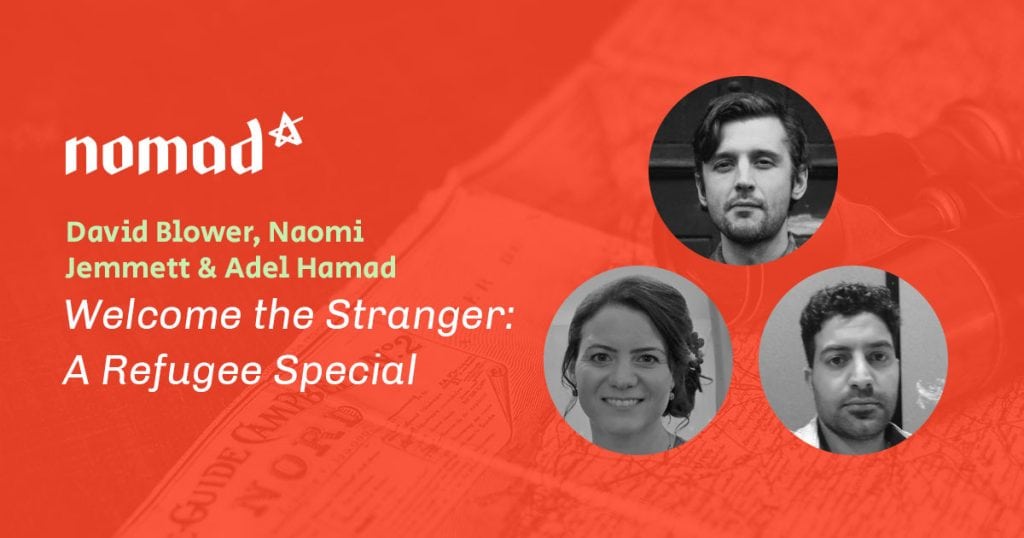 “It’s actually a very difficult process to prove that you are a refugee and to actually be granted status so we know that about 70% of applications are not successful. You have to have proof, you have to have evidence, you have to have good legal advice, you have to obviously be able to communicate and understand letters that come to you so it’s very easy for people to maybe misunderstand the systems that they are in and if they aren’t being properly advised during it they might well find themselves having been refused and not really understanding what’s happened.”

“I’ve grown up through Thatcher, through Blair’s Labour, now this Tory government. A very sort of capitalist, consumerist, individualist kind of society has been the only one I’ve known really and I’ve seen the kind of social and spiritual numbing effect that that has had on me and my generation and I think we are becoming a profoundly disconnected kind of people. We are losing the ability to be communal beings. Community is so so difficult to find in my land, in my country and I think gradually we are heading somewhere bad. It doesn’t lead to good places living that way. I don’t think this is how God meant for human beings in his image to live, all alone together.”