Roger Mitchell – Jesus and the Politics of Love (N127)

With the dust just beginning to settle after Britain’s decision to leave the European Union, we thought we’d take the opportunity to look at our relationship with politics. Was Jesus political? Should Christians engage in party politics, or should they be a prophetic voice from the margins? We bring these, and many other questions to political theologian Roger Mitchell. Roger is an honorary research fellow in the Department of Politics, Philosophy and Religion at the University of Lancaster and on the faculty of the Westminster Theological Centre. So he knows a thing or two about religion and about politics. So tune in for an insightful and challenging conversation! 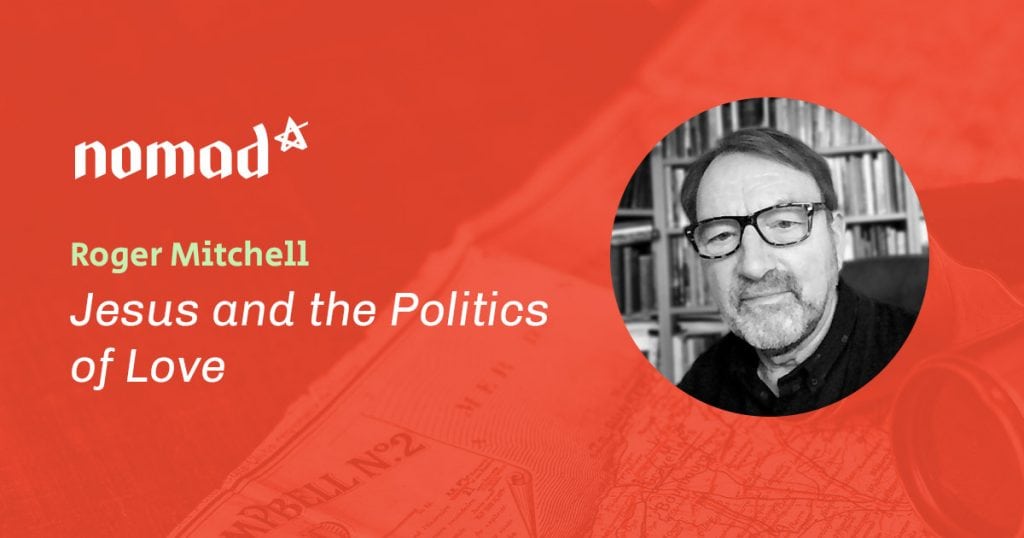 Discovering Kenarchy: Contemporary Resources for the Politics of Love

The Fall of the Church

“The gospel itself is political from the word go – if you come saying the empire of God is at hand when clearly the great issue is the empire of Rome has occupied the nation, then clearly, this is a political statement.”

“When he [Jesus] says the kingdom of God is at hand – you can reach out and touch it – and the only way that makes any sense is in his introduction to himself; the way he lives his life, his teachings, his miracles, his relationship with his friends – all of that is a manifestation of what the kingdom of God is like, or as I would say, what the politics of Jesus looks like.”

“What is it, if you go through Matthew, Mark, and Luke, and John, in their different perspectives on Jesus, what do you find are the things that are coming out that are on his [Jesus’] priority list, and, just quickly [they are]; reinstating women, prioritising children, advocating for the poor, welcoming strangers, reintegrating humanity and creation, freeing prisoners, caring for the sick — so then the question becomes…if you follow Jesus’ kind of strategy, he didn’t do this by joining any of the obvious [political] parties of his day, he did this by living it out at grassroots level…I think it’s still appropriate to ask the question, in our time, while we try to live this out at grassroots level, are there any political parties who are creating more space for this than others?”