Greg Boyd – The Crucifixion of the Warrior God (N145)

Greg Boyd is back on the show! This time he’s tackling the thorny issue of violence in the Old Testament. How is it, for example, that the God revealed in Jesus loves his enemies and lays down his life for them, when the God we see in the Old Testament seems to routinely kill his enemies? What does that tell us about the nature of God, and the nature of the Bible? Greg is certainly the man to ask, as he’s just published a 1492 page book on this very subject, The Crucifixion of the Warrior God. 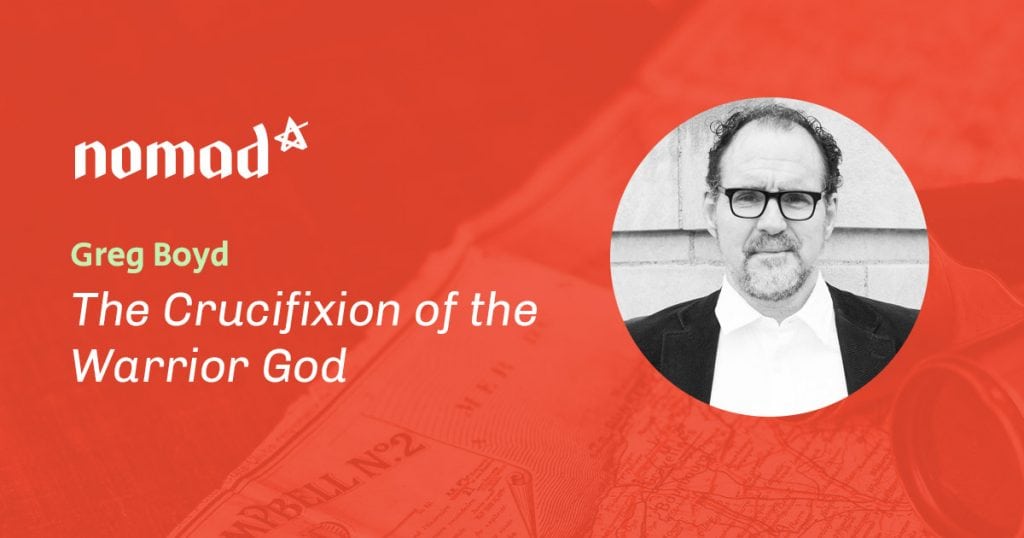 Cross Vision: How the Crucifixion of Jesus Makes Sense of Old Testament Violence

The Crucifixion of the Warrior God: Volumes 1 & 2

“He had this cruciform character when he breathed scripture…Shouldn’t we read scripture expecting to find, perhaps, portraits of God that are ugly on their surface. With these portraits we must expect that we’re going to have to, by faith, look through the ugly surface to behold this humble God stooping to bear the sin of His people and thereby take on the appearance, an ugly appearance that reflects the ugliness of that sin.”

“The Cross reveals what God’s always been like… always been revealing Himself by stooping to bear people’s sin and that … is why we find these ugly hideous portraits of God throughout the Bible.”

“The Lord says… ‘if you will trust me you will never need to rely on the sword, you’ll never need to fight’. So, every time Israel uses a sword you can know that it’s reflecting their lack of faith in Yahweh.”