Shane Claiborne – A Faith Not Worth Fighting For (N151)

For the last 20 years Shane Claiborne has been trying to follow Jesus in a deprived area of Philadelphia. This journey has led him to a commitment to non-violence, ‘from womb to tomb’, which has been tested on many occasions. So tune in for a challenging and counter-cultural conversation. 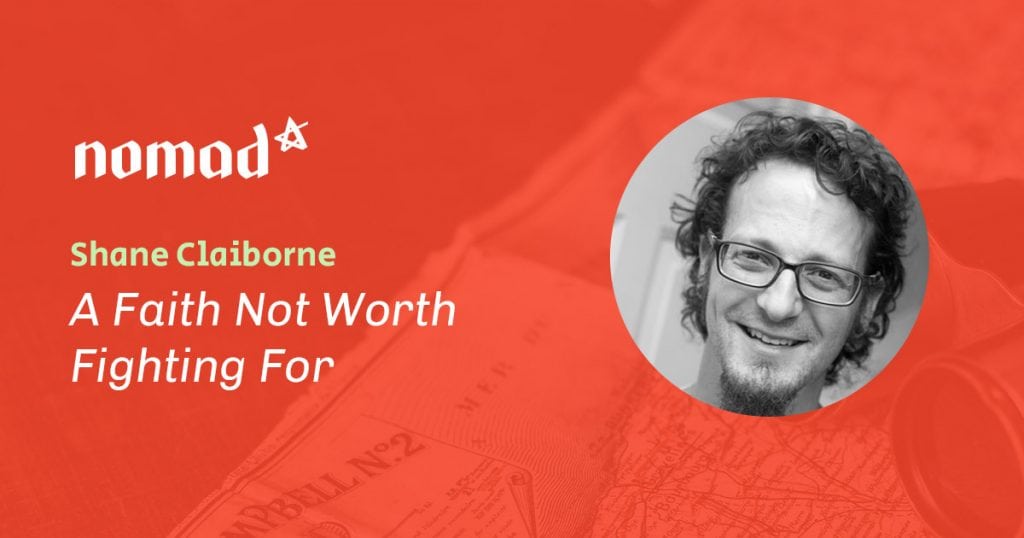 Executing Grace: How the Death Penalty Killed Jesus and Why It’s Killing Us

A Faith Not Worth Fighting For: Addressing Commonly Asked Questions about Christian Nonviolence

“Pacifism is anything other than passive. I Don’t think it’s passive in the sense of not doing anything. What I believe in is active nonviolence. I believe in getting in the way of violence, getting to the root of violence.”