Walter Brueggemann is widely considered to be one of the most influential theologians of our time. So who better to help us get a handle on the idea of the Sabbath. Especially as he wrote the fascinating and insightful Sabbath as Resistance. That’s right, Sabbath is so much more than simply taking a day off, it’s an intentional and creative act of resistance. 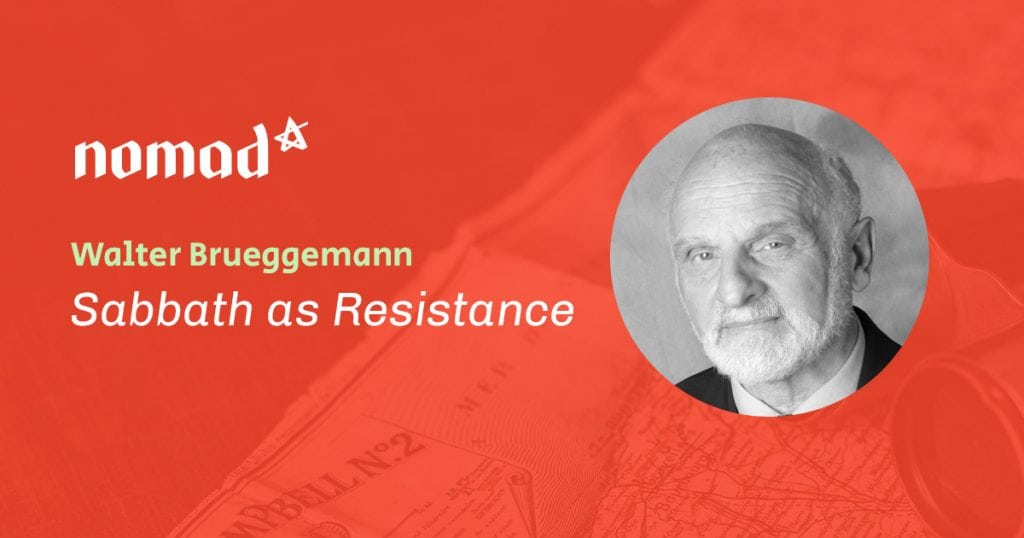 “[Sabbath] is a pause that permits us to reflect on who we are, who we are created to be, who we are called to be, and it makes us aware of the extent to which we have forgotten or compromised our creaturely reality. So it is an opportunity to circle back on our baptismal identity, on our faith identity, on our authentic human identity, that is always placed under stress by the commoditisation of our culture.”