Jamie Arpin-Ricci joins us on the latest leg of our Nomadic pilgrimage of hope. Jamie felt called to leave his comfortable middle class life and move to a high poverty and crime inner-city area. Obviously this presented many challenges, but none more so than being confronted by his own vulnerability. So we ask Jamie to reflect on what it means to make ourselves vulnerable before God and those around us, and how this can shape the communities we’re apart of. 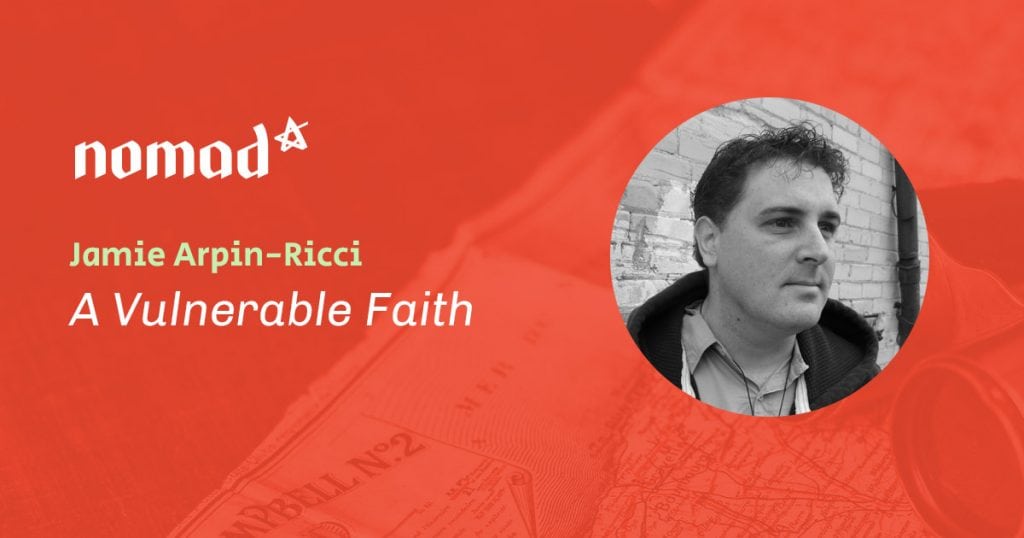 The Cost of Community: Jesus, St. Francis and Life in the Kingdom

“There were unspoken assumptions as to why people were poor. Why people were addicted or why people made the choices they made. Even racial prejudices. I prided myself as being someone who wasn’t racist. I didn’t think negatively about other races or consider them inferior, but the reality is if you’re white in the world today there is an inescapable inculturation that we have all grown up in where we still view the other through a lens that is inevitably judging them against our own standard. And I began to recognise how easily by the colour of someones skin I would identify them as the target of mission, that they had something to receive and I had something to give.”

“Over the last year I’ve been diagnosed with PTSD, which probably got its start, or at least was exacerbated significantly, when I saw my friend Andrew commit suicide and further made worse by other events in ministry in the neighbourhood. And it really started to destabilise me and impact my ability to be a husband, to be a father and to be a pastor and eventually I had to go okay I need to get help and start getting counselling and learn to manage this. And all of a sudden I went from being the pastor of a church that works with people with mental illness to the pastor with mental illness and it was humbling. Yet at the same time my community came around me and supported me.”