Grace Davie – Cathedrals, Charismatics, and the Future of Church (N116)

On Nomad we often talk about the changing nature of culture and how the church has changed (or not) in response. But rather than continuing to rely on our own anecdotal and wildly speculative evidence, we thought it was about time we spoke to someone who actually knows what they’re talking about. Grace Davie is a professor in the sociology of religion and wrote the influential book Religion in Britain Since 1945: Believing Without Belonging. So she seemed like the perfect person to speak to about exactly what’s going on. 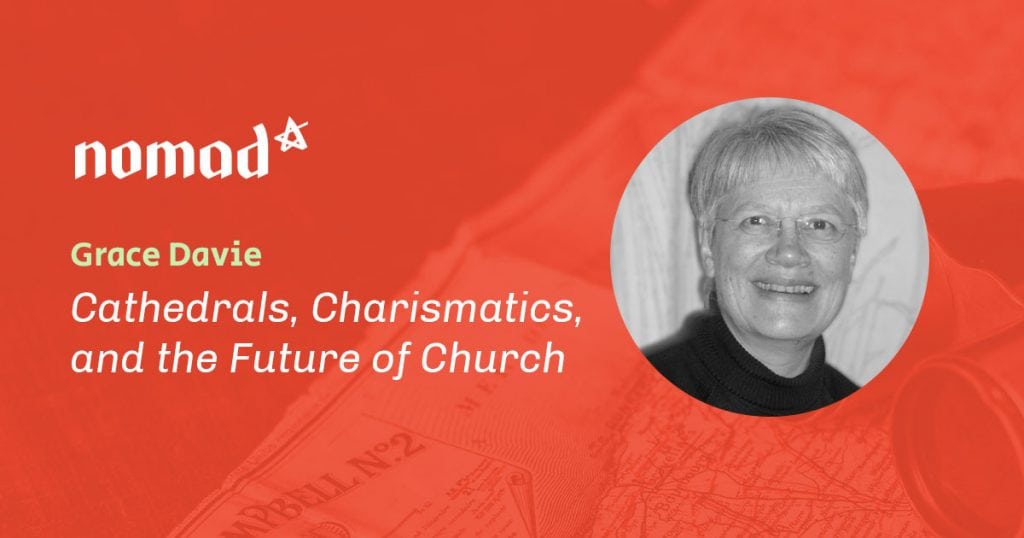 Religion in Britain Since 1945: Believing Without Belonging

Religion in Britain: A Persistent Paradox

“In my view the church is at a turning point now… the church has really got to work out what it wants to sustain and what is a millstone that is being dragged along.”