For those of you who support us on Patreon, you’ll already be familiar with David Benjamin Blower’s music. Each month he responds to a guest’s reflection with music and song. And out of these Devotionals has emerged the album Hymns for Nomads, a compilation of spirituals, murder ballads and campfire songs. It’s a record that invites us to pick up an instrument, to play, sing, join hands and have some hard-won hope.

So I met up with David to talk about why we sing together, why some of us have become suspicious of singing together, and some of the themes of his record; creation, the Holy Spirit, judgement, creatureliness and messianic hope. 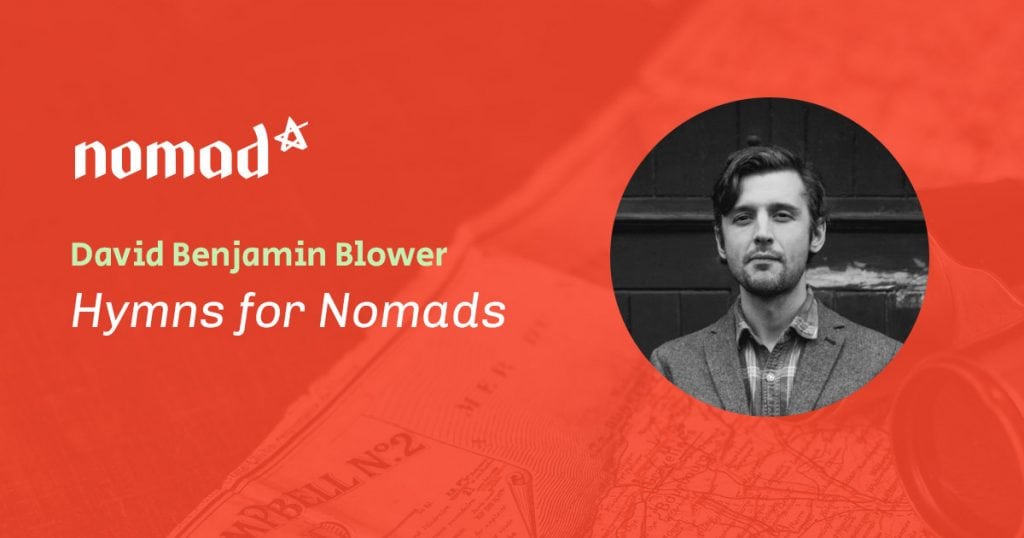 “If you’re using singing together to tribalize, around what kind of vision are you tribalizing and what are the outworkings of that and how does that other – the ‘other’ – what kind of dynamics does that lead to? Does it help your tribe turn into a gift that gives and pours out to the other? Or are you kind of building musical walls around yourselves to keep the other out and to keep them alienated?”

“‘Anthem’ – that word for me is such a power word and it feels like a very top-down kind of thing…it’s like creating a tower of music that wields itself over what surrounds it. But folk music – I suppose the essence of that is that it’s music that is in the hands of everyday people. And everyday people are making it, they’re writing it and they’re reinterpreting it. I like with folk music that you take a folk song and then you re-write it.”