We recently attended the Creature Conference, put on by Sarx. We spent the day pondering the question ‘Is Christianity Good News for Animals?’ Animal welfare used to be seen as an important expression of the gospel for leaders such as Spurgeon, Wesley, C. S. Lewis and many others. But more recently it seems to have dropped off the Church’s agenda. So we asked theological ethicists Prof. David Clough, and Christian leaders Tony Campolo, Steve Chalke, Ruth Valerio, and founder of the animal welfare charity Sarx, Darrel Booth, why we’ve lost sight of this, and how Christianity can again become good news for animals. 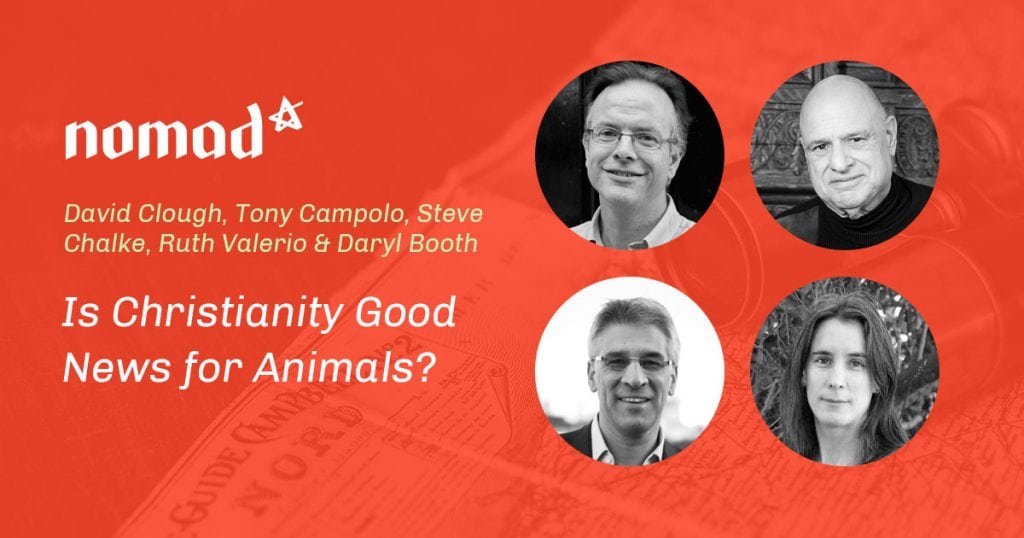 Animals Are Not Ours: An Evangelical Liberation Theology

A Faith Embracing All Creatures

Living With Other Creatures

“It seems to me that we’ve developed industrialised factory farming systems with zero level of regard for what it would mean to take seriously the flourishing of animal lives… if we were trying to design a system where there was nothing else that mattered ethically other than the most efficient way of supplying material for human ends without any regard, intensive factory farming of animals is the system we would design and that seems to me unholy.”

“Jesus made clear to his disciples that the way you image God and be faithful as servants of God is to be servants, and so I think we need to understand the image of God as not some kind of divine stamp that gives us authorisation for exploiting other creatures without measure, but an awesome and high responsibility to think seriously about what it would mean to bring God to the rest of creation in our dealings with them.”